Welcome to the 5th Edition of the Foundation Dev News! In this edition:

It is now nearly 2 months since Foundation released on to Early Access on Steam and GOG!

The successful Early Access release brought with it a lot of new players with various system specifications. Since then we have been busy fixing crashes and focusing on smaller patches to improve the gameplay experience of the current content.

December 2018 saw the return for the 9th time of the IndieDB, Indie of the Year Awards.

Thousands of Indie games were voted on and whittled down to the Top 100 with Foundation coming in second overall for the Best Upcoming Indie, voted for by players.

In addition, we were delighted to take home the prestigious, Editor’s Choice Best in Show Award! 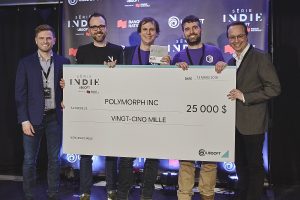 What We Are Working On

The Early Access release was a busy period of fixes and optimization but you will be happy to hear that we are working hard toward the next content update!

We will be announcing more detail of the upcoming content update soon but for now we are excited to tell you that we will be:

To keep track of any news and announcements follow and wishlist us on Steam or join our fantastic community on Discord!

Since our last Dev News we have been joined in the Studio by Michael, who has been beavering away animating the Foundation Villagers. 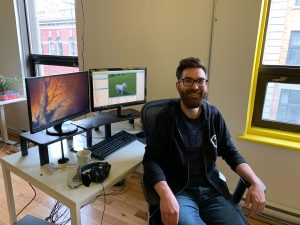 You will soon be seeing more of Michael’s work in-game!

We will also soon be joined by a 2D artist and a QA Manager taking the Team to 10 members, but it doesn’t stop there. We are looking to expand further with the addition of 2 programmers.

Questions With The Team

The Early Access release gave us the opportunity to chat about the future for Foundation as well as enjoy answering some questions from the community. If you missed the streams you can catch up with them here:

We talk about Foundation with our friends at Berzerk Studio:

We are taking Foundation on the road again next week and heading to Boston, MA for PAX East.

Thanks as always to all our friends, fans and supporters!